During the week of the 9th of March, a number or groups participated in Occupying universities in the UK and the US to transform them to be fit for purpose in times of social and environmental crisis, calling for divestment from harmful industries and re-imagining what an education system fit for the future can look like. They called for universities to: Decolonise, Democratise and Decarbonise.

But this is just the beginning!
You can get involved by donating to our crowdfunder or getting in touch at xruniversitiesuk@gmail.com to support our work moving forward! We want to continue taking action and have several exciting plans in the pipeline.

At Glasgow University, XR Scotland, Divest Strathclyde, Fossil Free Glasgow, and Green Anti-Capitalist Front disrupted an event sponsored by BP and took over it. Outside, XR Universities camped at the Cloisters of the University demanding they Decarbonise, Decolonise and Democratise.

In London Extinction Rebellion London Universities occupied the reception at Imperial College, calling on them to cut ties with the fossil fuel industry and running a series of workshops and discussions to educate ourselves about the crisis we are facing, with staff and students passing through the busy reception of the university joining in. Security guards were friendly as we carved out a big space to transform, including an exhibition of banners and info graphics about the university’s dirty investments. Towards the evening, we watched films about university activism in South Africa and youth activism in indigenous communities, before setting up sleeping spaces for the 15-20 people sleeping overnight.

Along with our action at the College President’s Address to the university, taking place just next to our occupation, and the thousands of people passing through our space every day, our message was impossible to ignore. Additionally, outside the windows at the reception the University and College Union are on strike and we were supporting each other through solidarity through the week. 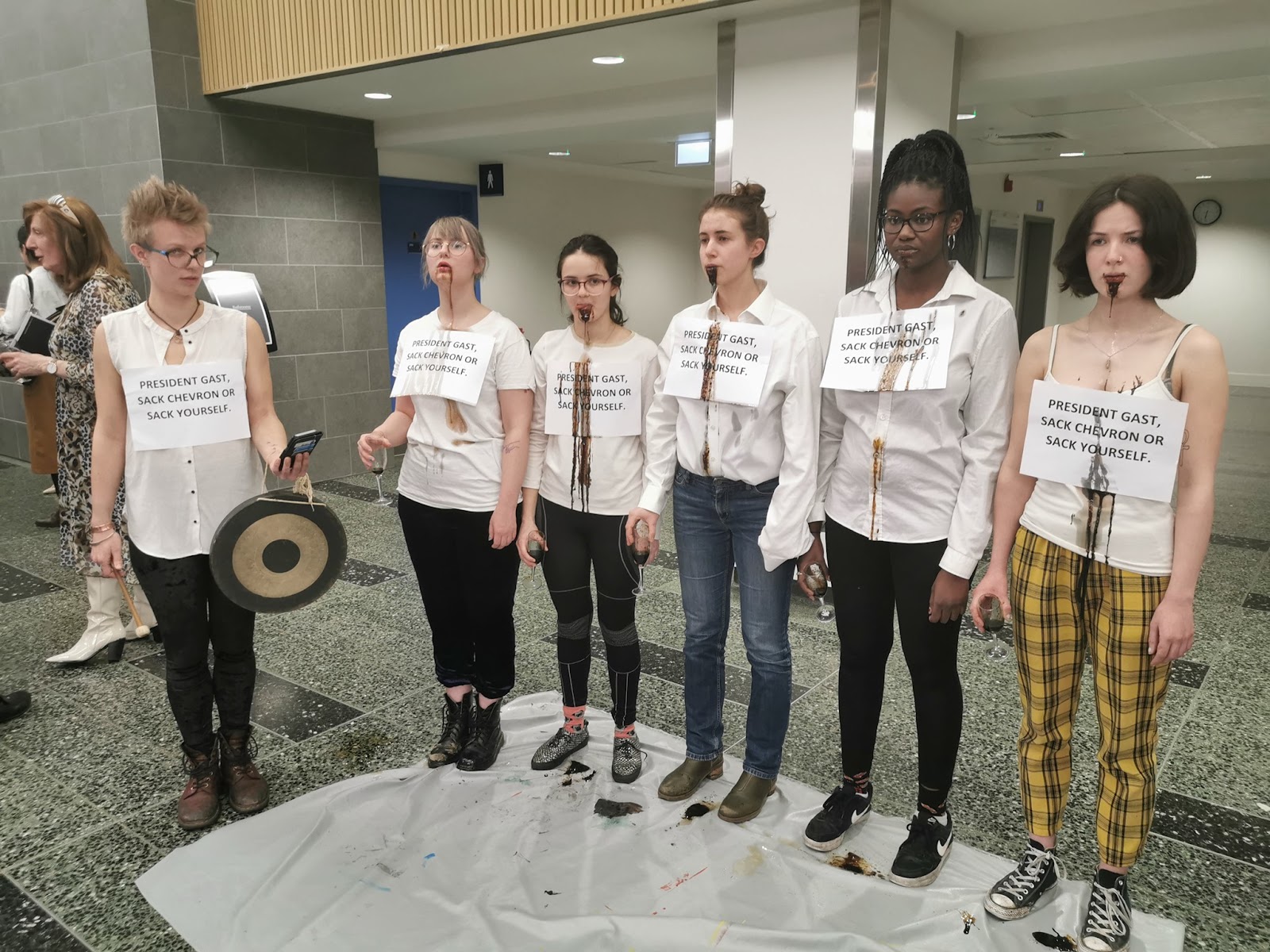 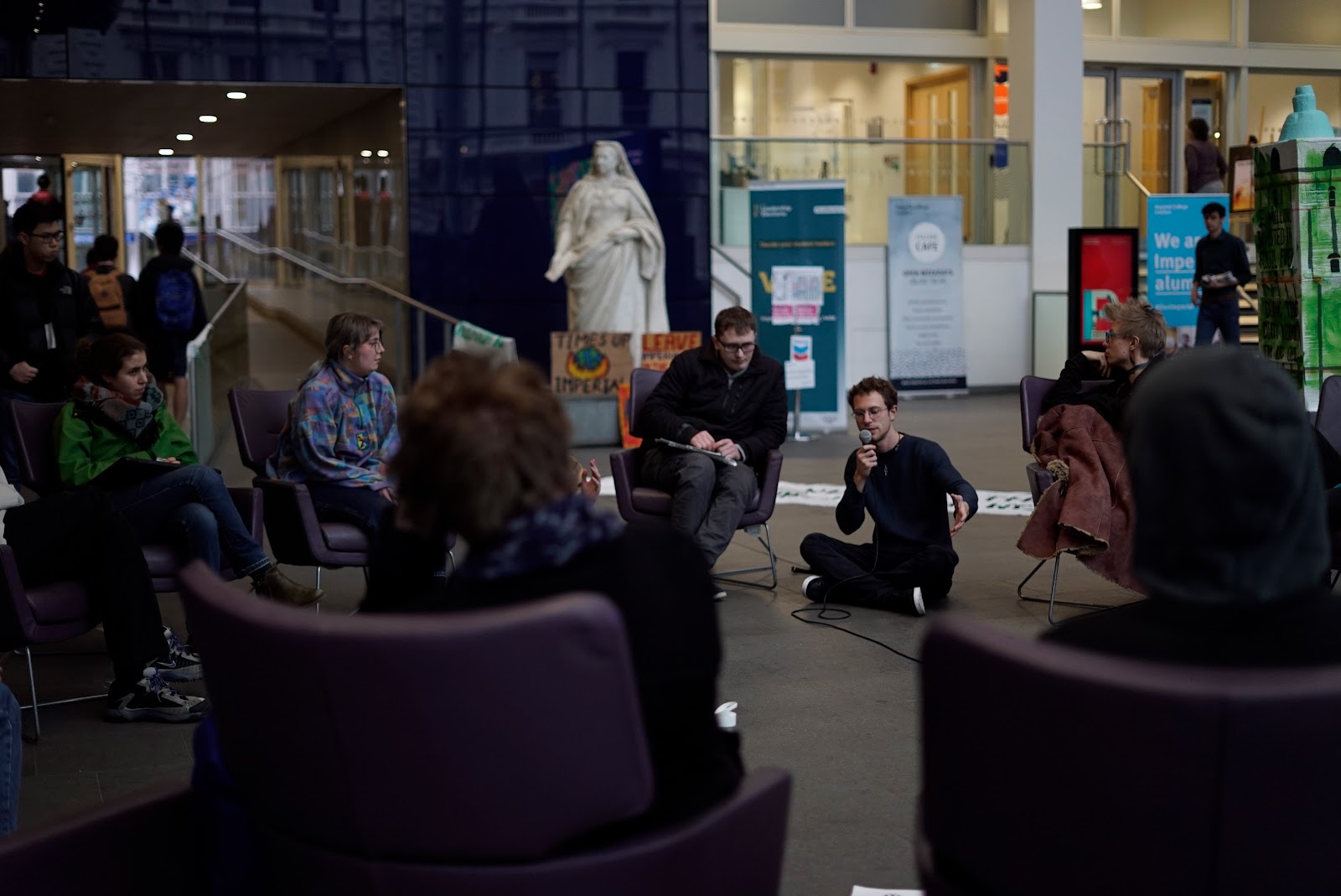 Students occupied the 502 building at Liverpool university, calling on them to Decarbonise, Democratise, and Decolonise as well as meeting the demands of the University and College Unions strike demands. They were also out blocking roads at the university campus, police were called but only made empty arrest threats. 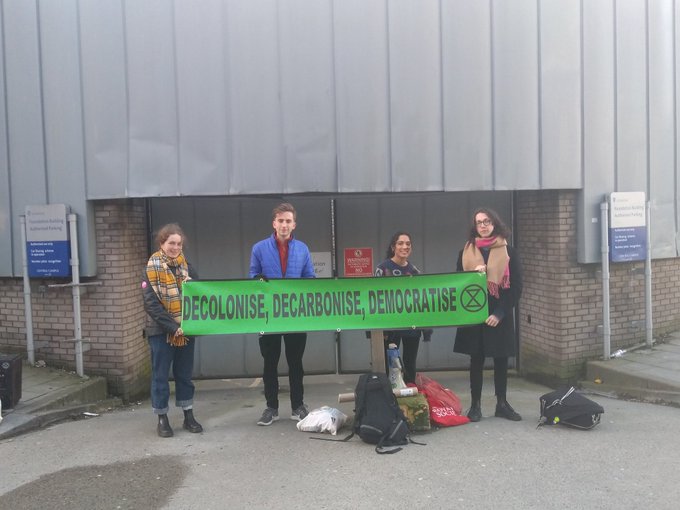 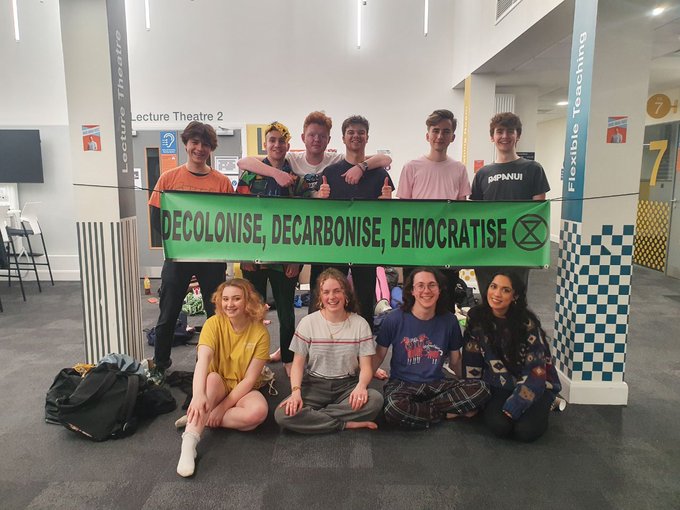 Students in Birmingham were chalking their clock tower to call for divestment during the week.

In solidarity with other university occupations happening across the world, high school and university students from various schools across New York attended a somber commencement ceremony about the futures we are unlikely to have in the shadow of the climate crisis. Mouths were taped, symbolizing the lack of student voice in educational decision making and our institutions’ refusal to listen to student concerns about climate. Students then staged a die in for 8 minutes, symbolizing the 8 years we have left to keep global temperatures from increasing 1.5C. 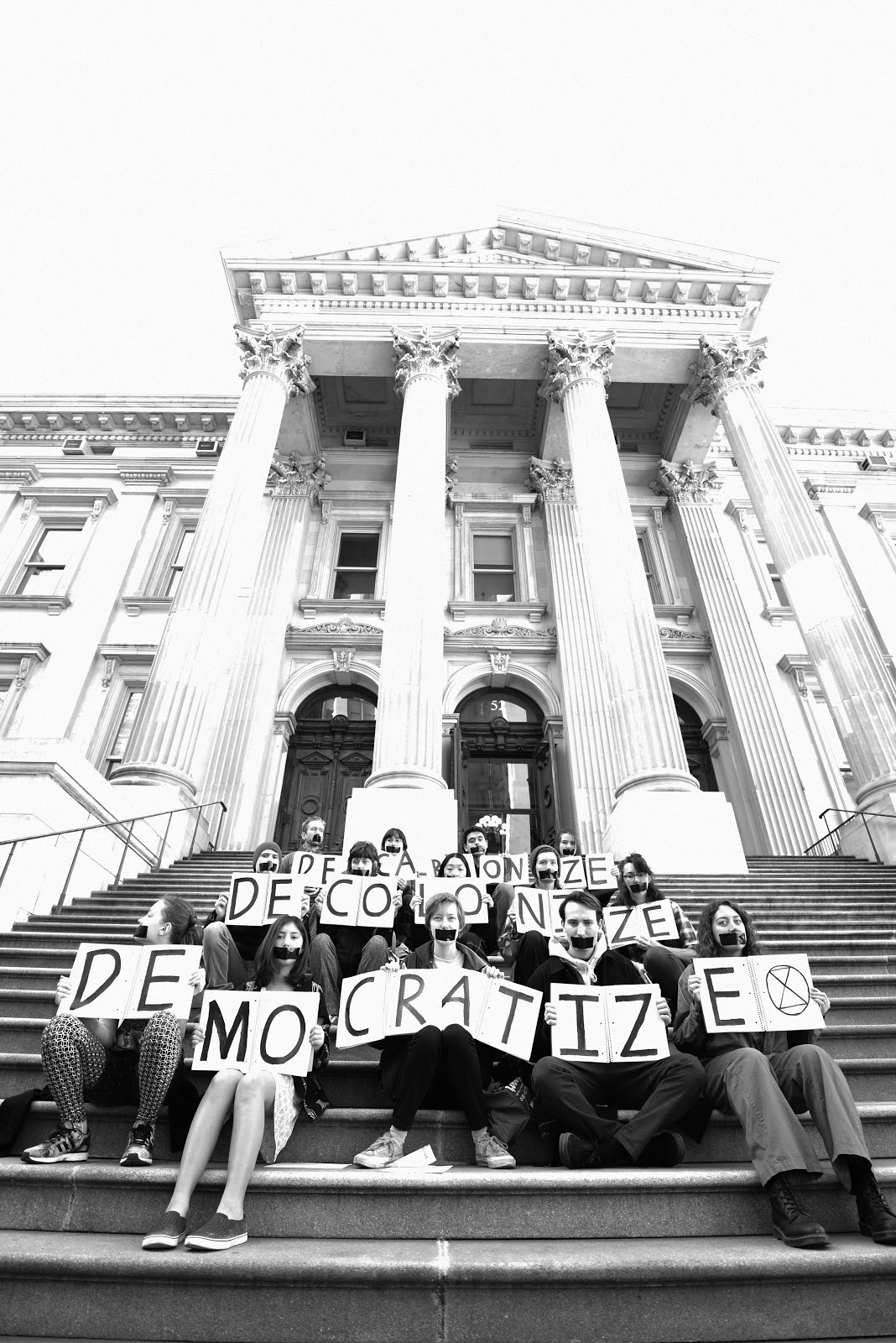 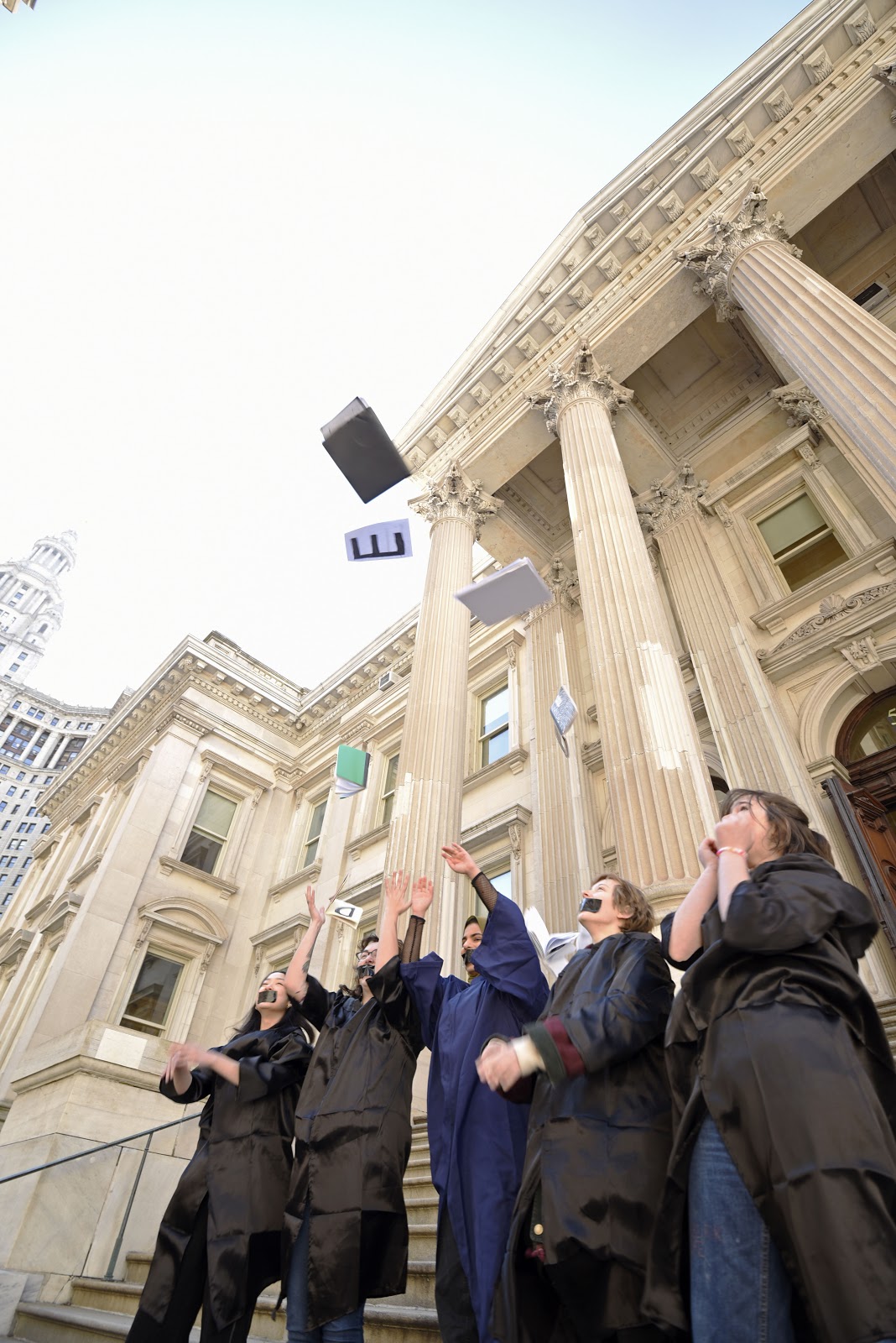 We need you to TAKE ACTION! Sign the open letter calling on WWF to radically transform their colonial conservation model that brutalises Indigenous and local communities and harms ecological systems, and for them to end their toxic relationships with polluting industries. @WWF need to use their power to address the destructive colonial conservation models implemented by other conservation organisations and governments worldwide.
Degrowth is a complex concept that’s hard to define;
Global petition:🌎🌿✊The fate of Amazonia and its guardians is linked to our own future: Europe must stop its double dealing and act immediately! 🌿✊🌎
Join the discussion!! 🌻
Join our discussion this Wednesday!! Open to anyone 🌱
🚺✊“On International Women’s Day, Hidme Markam was arrested in Chhattisgarh, India, for standing up for #WomensRights & #AdivasiRights. She’s still in custody.⠀⠀⠀⠀⠀⠀⠀