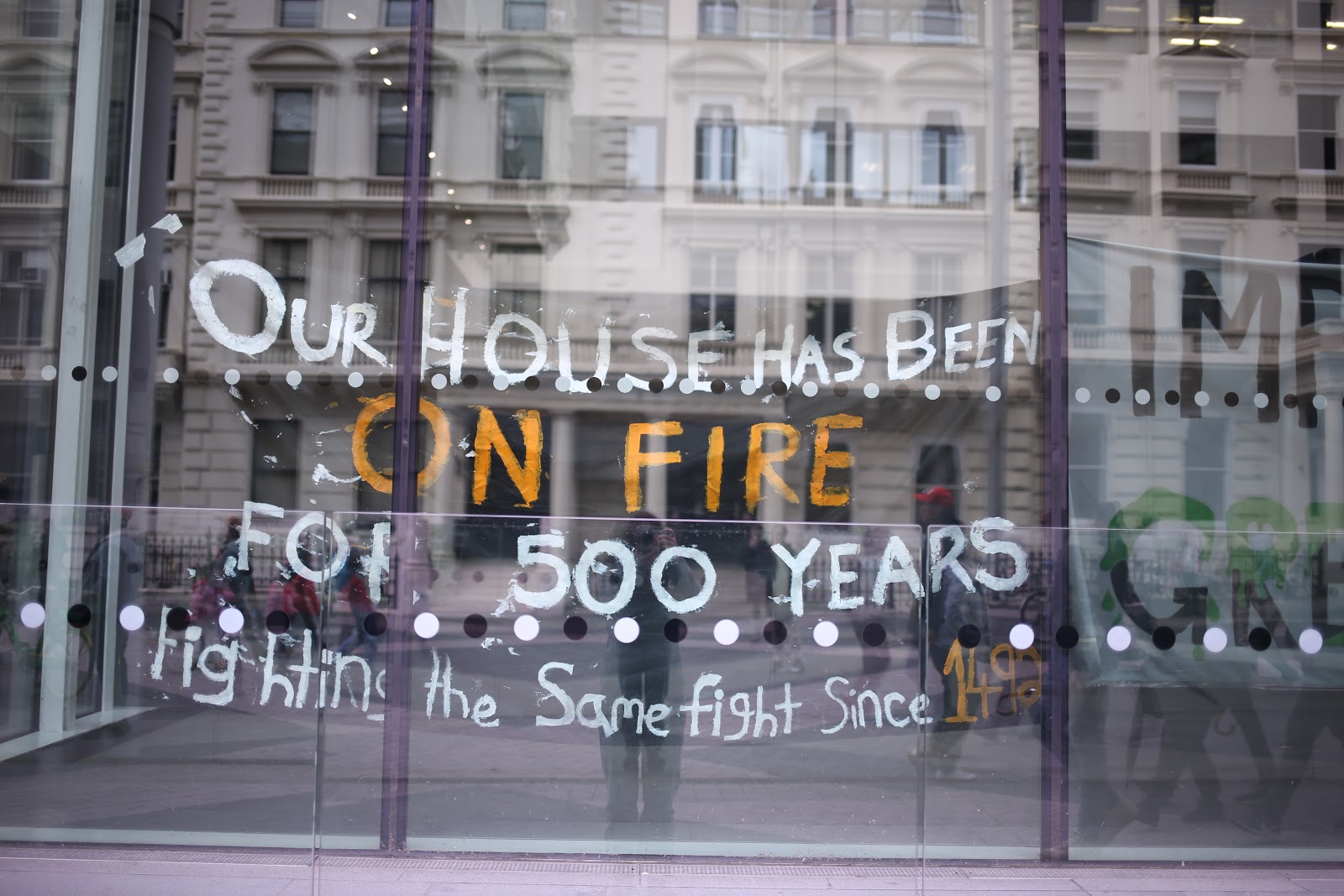 Some other humans took it as a way to reproduce the same system that has rendered our survival on this planet a mere chance without guarantees: they took to the streets and put up ‘Corona is the cure humans are the disease’ stickers, later posting them with the caption ‘The undeniable truth is, the Earth is recovering, thanks to Corona’.

The instrumentalization of a tragedy that is leaving thousands dead, millions in debt and billions in uncertainty, is objectively wrong: it is a time for solidarity and community building. The purpose was to bring to the fore the impact humans have on our environment by showing what happens when those of us that can afford to stay inside do so: the Earth supposedly recovering from the disease of humanity.

From the Earth’s perspective, if there were such a thing, this is objectively untrue. Let’s check our science: for much of the history of the planet, the floating rock we inhabit has been a greenhouse Earth, meaning our planet has actually thrived in the conditions we are creating. Funny thing is: a greenhouse Earth thrives, it’s just humans that don’t. We (and the rest of human development) are currently in an Ice Age (Late Cenozoic, nerd). That means that if we reach the tipping points of unleashing planetary change, it’s game over. Not for animals, not for the Earth. It’s game over for YOU, for ME, for US, HOMO SAPIENS as a species. The Earth does not need saving: it is humans that need it.

The undeniable truth isn’t that the Earth is recovering thanks to humans being put under intense suffering and the breakdown of our social and economic systems: the undeniable truth is that there is no separation between the Earth and humans. The illusion of that separation has gotten us to the verge of Climate and Ecological Breakdown. Instead of blaming all humans and taking the misanthropic stance of calling a whole species a disease, let’s ask an important question: who does the illusion serve? What humans benefit from the illusion?

Long story, and it has been long, made short: it benefits Western neocolonial extractive economies. Our dominant global system, based on this form, is the disease. It is a disease that is pervasive, because we can’t see it: it is in our education, economic and political systems, and it determines the way we think and feel about the world. If we were fish, it is the polluted water in which we swim.

So, how do we clean our water? We look up to, fight for and humbly learn from those that have clear water: indigenous communities all over the world understand this undeniable truth of humanity’s enmeshment with the Earth. Our system has tried to violate, oppress and dominate these communities for centuries because they do not benefit our profit-seeking compulsion. And still, after hundreds of years of violence, they thrive and resist and sustain their culture, education and way of living. They show us the way forward, and we arrogantly deem them backward.

How does Coronavirus fit into all of this? Put simply, it doesn’t. It is a liminal situation that puts people and systems on edge, violently manifesting the social inequalities and personal prejudices that the bustle of day-to-day business as usual would normally tune out, for those that can afford to tune them out. Through opening channels of constructive communication, we must challenge and reject the eco-fascist mentality based on fear and resentment that arises in such uncertain times.

We rebel for life, for human life. So, fuck that misanthropic bullshit: it takes much more effort, time and courage to de-educate ourselves and to reach out to those that we can learn from. Sitting down and throwing a nihilistic people-hating fit is the easy way out. If this virus is showing something, is that the way out of our disease-ridden systemic problems will be hard. And it will be paved by brave and loving humans. They will be the cure – we will be the cure. Will you join us?

DONATE to support frontline direct action of the Indigenous Guarani
Reposted from @wtfwwf1
We need you to TAKE ACTION! Sign the open letter calling on WWF to radically transform their colonial conservation model that brutalises Indigenous and local communities and harms ecological systems, and for them to end their toxic relationships with polluting industries. @WWF need to use their power to address the destructive colonial conservation models implemented by other conservation organisations and governments worldwide.
Degrowth is a complex concept that’s hard to define;
Global petition:🌎🌿✊The fate of Amazonia and its guardians is linked to our own future: Europe must stop its double dealing and act immediately! 🌿✊🌎
Join the discussion!! 🌻